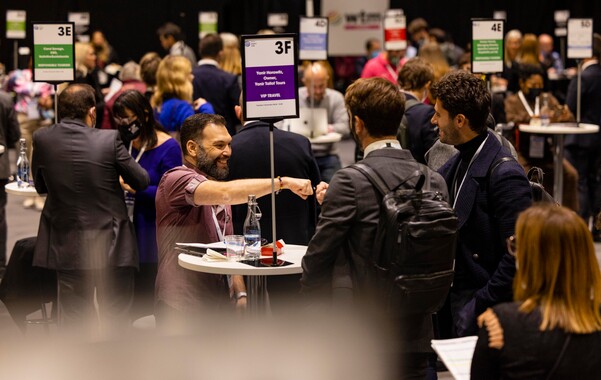 One of the highlights was the annual ministers’ summit, held in partnership with the UNWTO and WTTC.

Tourism ministers from around the world pledged to work towards the recovery of the sector with a focus on investing in sustainable travel.

Meanwhile, the International Tourism and Investment Conference at WTM – dubbed Invest, Finance and Restart – continued into its second day at Excel, building on the progress made on Monday.

Elsewhere on the exhibition floor, tourist boards from destinations such as Saudi Arabia, Jordan, Slovenia and the Maldives updated the international media about their countries’ tourism strategies.

Investing in Tourism’s Sustainable Future was the agenda for ministers from countries including the UK, Italy, Portugal, Sierra Leone, Egypt, Jordan and the Philippines.

Moderated by the BBC’s Zeinab Badawi, the summit also heard from Zurab Pololikashvili, Secretary-General at UNWTO, and Julia Simpson, WTTC Chief Executive, plus representatives from the private sector, such as the bosses of the Radisson Hotel Group and airport technology firm SITA.

The Responsible Tourism Awards honoured winners from countries such as India, the Maldives and South Africa. Meanwhile, destinations such as the Canary Islands, Ireland and Saudi Arabia among the winners of the Best Stand Awards.

Elsewhere, at Travel Forward – the travel technology event that is co-located with WTM London – the winners of the Front Runners Travel Tech Competition for start-ups were revealed as: hotel rebooking specialists from Israel, Pruvo and UK-based Hotelmize; Nepal-based Community Homestay Network, which creates jobs for locals by offering and promoting authentic local experiences; and Motiontag, a German mobility analytics company helping to fight the climate emergency by providing green incentive programmes.

The travel industry is past the worst, a leading analyst told delegates.

During a session entitled: Fixing Travel’s Broken Business Model, David Goodger MD Europe and Middle East at consultancy Oxford Economics, said: “We are optimistic that we are past the worst.

“The economy is rebounding. It’s a consumer-led boom that we are looking at. People have had forced savings and they are spending it on travel. The year ahead, we do expect to see much stronger activity.”

Fellow panellist Sophie Dekkers, Chief Commercial Officer at easyJet, said the airline “will come out stronger” from the pandemic, but added: “But it has been painful. We have had to be much more agile.”

Currently, 70% of easyJet’s bookings are for travel within the next three months and the airline is hoping for a favourable ski season.

“Fingers crossed for snow as skiers are desperate to go skiing,” she said.

Adam Armstrong, CEO of Contiki – the adventure holidays and group travel specialist –also said the operator had had to be “agile in our products” as Covid rules had meant it has so far been unable to do multi-centre trips.

But he said more flexibility and pay options meant “there has never been a better time for a consumer to buy a travel product”, adding: “I don’t think that will ever change.”

Meanwhile, Advantage Travel Partnership Chief Executive Julia Lo Bue-Said said there will “unfortunately be some more failures” in the industry.

“We have still got a tough winter to get through. You can’t undo 20 months of devastation,” she said.

However, she said the recently announced reopening of travel to the US “has dramatically changed our booking patterns overnight”.

TikTok as a travel marketing tool

Travel companies can access a suite of advertising products on the TikTok platform from as little as £50 a day, Hannah Bennett, Industry Lead Travel Brand Partnership at the company told WTM delegates.

In a session entitled Is TikTok the Best Platform for Travel Brands and Content Creators?, she described Tik Tok as an entertainment platform rather than a social platform and said its mission is to inspire creativity. In September, the platform hit a record one billion users.

Bennett attributed some of the growth to the lockdown, saying parents, siblings and grandparents all got involved.

One in four consumers spend more time researching holidays than they did before the pandemic, but the majority of searches are for late bookings, according to Google.

The company’s Agency Development Manager, Jad Khalil, said 24% of consumers are spending more time researching because of Covid and currently, 60% of domestic searches on Expedia are for travel within 0-21 days.

He said there is travel optimism because of the vaccine rollout but remaining uncertainty over new Covid variants. This has led to a rise in trips closer to home, a trend towards workcations and a boost in digital marketing.

“If you are not aware, it’s here, it’s growing, it’s speeding up,” he said. “If you do the math, digital is good value compared to other forms of media” he said, but added that firms have not migrated away as quickly as the consumers have gone online.

The slogan was announced during a press conference in which WTM delegates heard that income from overseas tourists dropped from £4.5bn in 2019 to £1.3bn in 2020.

Representatives said the country is “working together to send the right message that we are ready and welcoming our wonderful travellers”.

An eight-day ski touring route has opened in Slovenia’s Julian Alps region, which encourages confident skiers to explore undeveloped areas, in keeping with the destination’s plan to expand its sustainable tourism offering.

Klemen Langus, Director of Tourism Bottinj, one of the tourist boards in the Julian Alps region, said: “Everything is ready. We are just waiting for the snow to come.

Ski touring is quite developed in Slovakia and want to influence visitors to follow our sustainable vision while enjoying Triglav National Park on the Juliana SkiTour.”

Destination aims to be leading meetings and events destination.

The Maldives unveiled a new initiative to become a leading meetings and events destination.

The Indian Ocean nation will also offer homestay holidays from January 2022 as part of a strategy to diversify its offering to visitors.

Mohamed Thoyyib, Managing Director of Maldives Marketing and Public Relations Corporation (MMPRC), the national tourism promotion board, showed a video entitled ‘Boardroom on the beach’, showcasing the range of activities available for MICE [meetings, incentives, conference and events] delegates in the Maldives.

As well as the new homestay products, the destination also offers liveaboards and guest-houses but Thoyyib said the Maldives will retain its focus on premium luxury accommodation for which it is known.

The destination will launch a marketing campaign, called ‘the story of the Maldives’, “bringing the stories of our islands’ culture and folklore” to consumers and the trade, he added.

Last year, the Maldives welcomed 500,000 despite the problems of the pandemic, and it has already surpassed the one-million mark in 2021.

Dr Abdulla Mausoom, Maldives’ Minister of Tourism, said the nation has already recorded 10.7 million bed nights so far this year – which is better than in 2019, because people are staying longer.

He told delegates there will be a year-long celebration in 2022 marking the 50th anniversary of the start of tourism in the Maldives, with events and festivals taking place across the 200-island nation.

The minister told delegates that he was very glad to be at WTM, adding: “We have missed this for a very, very long time – being glued to our screens is not good.”