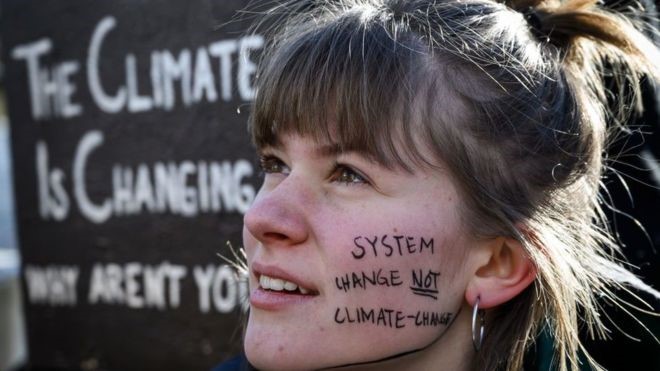 This year we are focussing on climate change and carbon emissions at all tour WTM shows. Some of you will recall the stark presentation made by Professor Kevin Anderson at WTM London in 2015.

Since then it has largely been business as usual, and the concentration of greenhouse gases in our atmosphere continues to rise. The science of how greenhouse gases warm our planet is well established.  In the last 150 years, atmospheric carbon dioxide has risen from 280 parts per million to 400. There is more detail on the NASA site. On average carbon dioxide concentrations in the atmosphere have been increasing by two parts per million every year. Between January 2018 and January 2019 the increase measured at the Mauna Loa Observatory on Hawaii was 2.87 parts per million.

Click here to how the earth’s temperature is rising.

So far our efforts to reduce greenhouse gas emissions are not even reducing the rate of growth in the emissions which cause global warming. This is because so many of us look to others to solve the problem, it is a very real example of the tragedy of the commons. Collective action is required to address emissions, and only government regulation can ensure that all those causing the emissions. Many of you will remember the early environmentalists’ principle: “the polluter pays” first recommended by the OECD in May 1972. It was reaffirmed at Rio in 1992 as Principle 16. The future of our children is one of the reasons used by politicians to justify austerity, essential they say to drive down debt. Of course, climate change is a much bigger threat to our children’s future, but little to nothing is being done by governments to reduce greenhouse gas emissions.

In the US, over half Generation Z and Millenials agree that climate change is due to human activity.    The neo-liberal world, in which we have lived since the late 1970s, has been hostile to environmental regulation. 0% of Generation Z – the post-millennial generation – say that the US government should do more to solve problems. Pew Research Center

In Europe school children are protesting and striking, demanding that governments act now to protect their future. 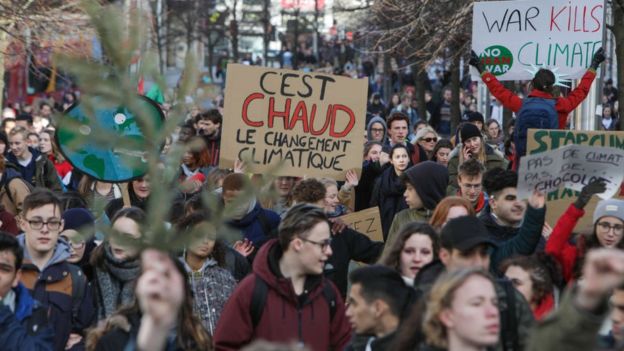 In the UK, the UK Student Climate Network are making four demands

When will we take climate change seriously enough?