WTM, supported by the UNWTO, has sought to present examples of good practice to educate, inspire and challenge business and destinations to deliver on sustainability through WTM Responsible Tourism and its World Responsible Tourism Day in November each year.

We focus on Responsible Tourism because there is a big divide between those who use the language of sustainability, language which generally lacks precision, often merely aspirational and something no more than greenwashing, and those who take responsibility for addressing particular issues and who are able to report with some precision what they achieve, acting alone or with others.

At WTM London last November we presented a panel which included UNWTO, Jane Ashton of TUI, Kate Gibson of IHG, Glynn O’Leary of Transfrontier Parks Destinations, a small South Africa based operator and Peter Burrell of Exodus a niche UK Based outbound operator.  They were each able to demonstrate the impacts they were having – it is worth watching the video:

Natura’s co-founder and B Team leader, Guilherme Leal, has blogged about how to decide on which Global Goal to support recently, discussing the importance of partnership and cooperation for achieving the sustainable development goals – there are 17 to choose from!

This year the Responsible Tourism Awards presented at WTM London will celebrate those who are able report on the impacts they are having on the sustainable development of the communities they work with. The global Awards will be announced at WTM Africa on 20th April.

Looking for examples of good practice

The SDGs also feature in panels across the World Travel Market portfolio. In April we have panels on the SDGs at WTM Latin America, WTM Africa and Arabian Travel Market. In November we shall return to the challenge of the SDGs to report on what progress has been made in 2017, the International Year of Sustainable Tourism for Development. We are looking for examples of good practice to present and discuss in the panels and for the Responsible Tourism Awards presented on the Tuesday of WTM London – a highlight of World Responsible Tourism Day. 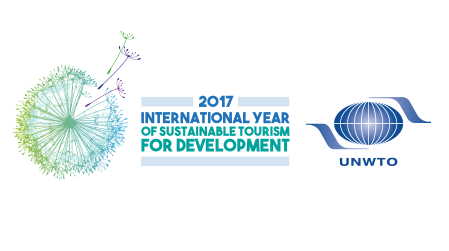