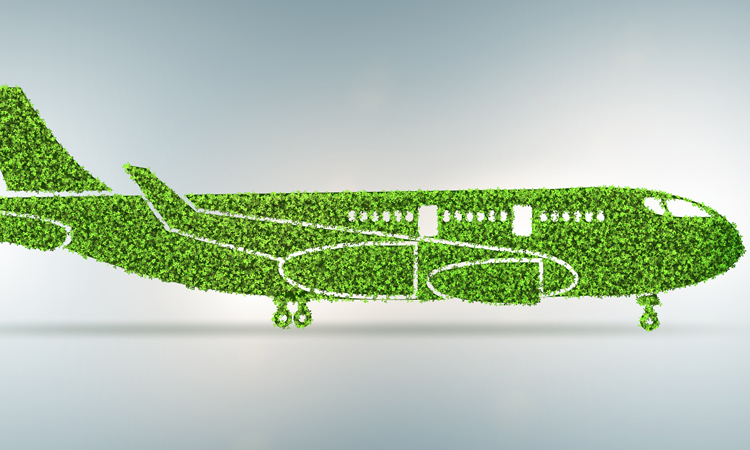 The global pandemic has revealed how important tourism is to so many developed and developing countries. COVID-19 has had very different impacts on guests and hosts. Tourists have been unable to travel far from home. Many of those furloughed, and some of those working from home, have enjoyed a staycation and spending less means they have been able to save. The contrast is stark, the hosts have lost their livelihoods and are going hungry. We have recognised this in this year’s World Responsible Tourism Awards. We are looking to recognise and commend those who have used tourism to address the impacts of COVID-19.

The pandemic is an immediate and present danger, but we can self-isolate. Climate change is a present danger and it is becoming more immediate. We cannot self-isolate from global warming and its consequences. As I wrote here in April last year the aviation industry is our sector’s Achilles’ heel. We have allowed the aviation sector to argue that aviation is essential to the travel and tourism industry and that we should support it. They tell us that they are doing the best they can, that carbon offsetting is the best they can do. Carbon offsetting is highly problematic and in the eyes of many campaigners little more than a get out of jail free card. Off-setting is cheap and is used to legitimate business as usual. The industry is not even trying to reduce its emissions, its goal is no more than carbon neutral growth, ignoring the fact that CO2 stays in our atmosphere for years and that it is the accumulation of greenhouse gases that is the issue. Aviation needs to reduce its emissions, not stabilise them.

As the UK’s Association of Independent Tour Operators (AITO) wrote in their evidence to the Environmental Audit Committee of the House of Commons in July 2019: “Nobody should be travelling on a flight for several hours at what amounts to a bus fare.  What airlines should be doing is cancelling flights rather than selling them at such peppercorn rates, thereby leading the public to believe, falsely, that realistic prices are actually ‘rip offs’. CO2 emissions would fall if there were fewer flights, sold at realistic prices.” AITO accused British Airways and EasyJet, after they purchased Monarch slots in 2019, of proceeding  “to fly routes to which they had never flown before – but only to honeypot destinations where they knew they were likely to have most demand. The result has been over-capacity, increased emissions and a substantial contribution to overtourism.”

Our industry needs aviation, it is essential to tourism and particularly to tourism in the developing world where so many livelihoods depend upon it. The aviation sector has relied for too long on TINA, there is, they say, no alternative.

The good news is that there is an alternative. The travel and tourism sector and consumer demand that the aviation industry switches to clean, zero carbon fuel. It is clear that by 2050 all aviation fuel could be replaced with non-carbon fuels – hydrogen and ammonia. It would be prudent to adapt quickly, late adopters may find it difficult to access renewable energy to generate e-fuels.

Professor Paul Peeters, of Breda University, opened the symposium describing the scale of the problem and the urgency of addressing it. Harry Lehman of the German Environment Agency, explained that the challenge was to find a way of decarbonising fuel without needing to change the existing aviation infrastructure through synthetic fuels dramatically. Carola Kantz of VDMA described how these new synthetic fuels can be used in conventional jets. Marc Stettler of Imperial College shared his research on the non-CO2 pollution caused by burning carbon fuels. Joris Melkert of TU Delft discussed electric aircraft and concluded with an analysis of the range of ways in which aviation impacts can be reduced. Daniel Juschus, TU Delft, shared a conceptual design for a fuel cell for 19-150 seat aircraft. Pericles Pilides, Cranfield, described how hydrogen can fuel larger aircraft. Gustavo Alonso of the Universidad Polltecnica de Madrid detailed the research agenda for CleanSky3 and Gerard Rijk of Profundo considered the investors’ focus. Finally, Job Rosenhart of the Ministry of Infrastructure and Water Management, Netherlands, discussed the policy options for governments including mandated e-fuel shares.

The presentations can be found here. They make a powerful case that decarbonised aviation can be delivered.

The technology is proven, it requires investment and government action to impose the ‘polluter pays’ discipline on the aviation industry.  A duty, levy or tax, on aviation fuel could be used to fund the development of e-fuels. Too many government bailouts of aviation have not required decarbonisation.

Governments are beginning to realise that there is a problem and a solution. The UK’s Transport Secretary,  Grant Shapps, announced last week that the government is forming a Jet Zero Council.   Shapps announced that “This group will be charged with making net zero emissions possible for future flights…

“Our goal, within a generation, will be to demonstrate flight across the Atlantic without harming the environment.”

“For the most part, biofuels do not reduce sufficiently even the CO2 emitted from an aircraft in flight (excluding the emissions from the fuel production and distribution). A new generation of feedstock uses waste with much greater CO2 reduction – about 70% even on a full life-cycle basis – but faces land use, distribution, scale-up and ultimately scarcity challenges.

“However, a feedstock now gaining interest is CO2 itself. E-fuels are synthetic fuels made directly from CO2 captured from the atmosphere through a power-to-liquid (PtL) process (see here, for example). They have the potential to reduce air transport carbon emissions close to zero, depending on the renewable energy power source.”

At WTM London in November the discussions will be put to destination governments and the travel and tourism industry. Our sector should expect more of the aviation industry and we need to press for change.  The climate crisis gathers pace and is upon us. There is no longer time for procrastination. Our sector needs to push the aviation sector to up its game and adopt clean fuel. There is an alternative.  The tourism industry should demand that the aviation sector adopts and develops zero carbon fuels before there is forced reduction in flying. Flying is not the problem, dirty fuel is. The aviation sector endangers our industry if it fails to change.

This year’s World Responsible Tourism Awards have been adapted to recognise businesses, individuals, destinations and organisations which have taken responsibility to address the challenge of COVID-19. Find out more about the Awards and nominate online by the end of July.