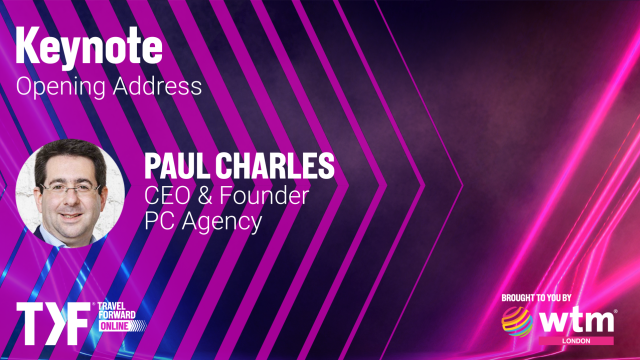 Paul Charles is a former BBC News Presenter, former Communications Director to Sir Richard Branson at Virgin Atlantic and at Eurostar, and now runs The PC Agency, a global travel PR consultancy based in the United Kingdom.

Paul and his agency have been named the Most Influential in Travel by PR Week four years running, every year since 2017.

From 2006 until 2009, Paul was Director of Communications for Virgin Atlantic and key adviser to Sir Richard Branson. Paul was responsible for the airline’s corporate, consumer, strategic and crisis communications worldwide.

Before joining Virgin Atlantic, Paul was Director of Communications at the high-speed train company Eurostar and was responsible for launching the UK’s first high-speed trainline.

Prior to Eurostar, Paul spent a decade reporting and presenting at the BBC, working on programmes including BBC Television’s World Business Report, The Money Programme, BBC1 Breakfast and BBC Radio’s Today, MoneyBox, Inside Money and The Financial World Tonight.