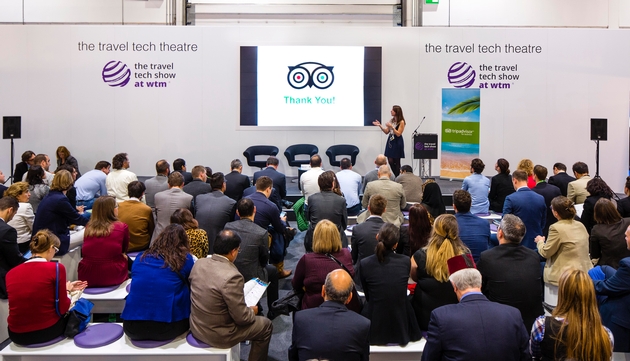 World Travel Market 2014’s Conference and Event programme experienced a 4.5% increase smashing through the 17,000 barrier for the first time.

The conference and events programme – which included sessions on aviation, cruise, hotels, sports tourism and responsible tourism – experienced visitor growth on all four days of WTM 2014.

Monday 3 November saw a 4% increase in attendance to 2,444 compared to the previous year. The first day of WTM 2014 included the prestigious Captains’ of Industry event, which saw former Sainsbury CEO Justin King address more than 200 of travel’s senior leaders.

Tuesday 4 November also experienced a 4% increase to 6,770 delegates. The second day of the event saw the launch of the new Wellness and Women in Travel programmes, while the hugely popular UNWTO & WTM Ministers’ Summit also took place.

Wednesday 5 November saw a 1.5% increase in delegates to more than 5,000 (5,052). The third day of WTM 2014 saw World Responsible Tourism Day – the largest day of action in the world – take place, while it was also the launch of the World Travel Leaders at WTM.

The increase in attendance at the WTM Conference and Seminar programme is part of the wider success story of WTM 2014, which saw more than 52,000 delegates attend over the four days – a 4% increase on WTM 2013. The event is predicted to facilitate more than £2.5 billion in industry deals, which would be a record for all the previous 35 World Travel Markets.

World Travel Market, Senior Director, Simon Press, said: “World Travel Market 2014 was a great success, not only did more than 52,000 delegates attend but we had a record number of attendees at the Conference and Events sessions, breaking through the 17,000 barrier for the first time.

“Last year we introduced a number of new programmes including the Wellness programme, which was extremely popular with around 500 delegates attending WTM 2015 conference and events are poised to be even more popular.”

Many of the sessions can be viewed on WTM TV at http://www.wtmlondon.com/Content/WTM-TV

Pictures from the four days can be seen here http://wtm.mediafiler.net/wtm/start/index