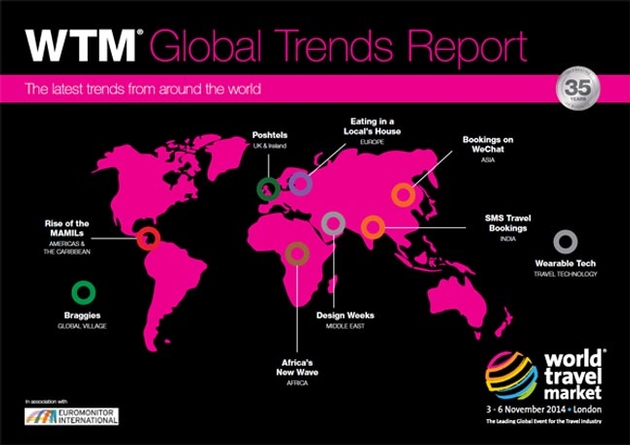 The Indian Railways Company (IRCTC) website is now capable of taking online bookings, as can online travel agents (OTAs) such as Yatra, Cleartrip and MakeMyTrip. The report says that online rail bookings in India increased by 300% between March 2013 and March 2014.

The IRCTC site allows bookings via SMS messaging for people who have connected their mobile phone number to their bank account.

And offline travel agents are also seeing the benefits as they can book tickets for people without internet access.

However, many foreign travellers in India prefer to book their online train tickets through OTAs as IRCTC only accepts American Express credit cards from international tourists.

The WTM Global Trends Report 2014 points out that the IRCTC’s focus on digital bookings is part of its overall plan to improve the network, including the development of six high-speed routes linking major cities in an effort to compete with the country’s rapidly expanding low-cost airlines.

The new Indian government which came to power this May, is a strong supporter of domestic and inbound tourism. The report quotes Indian Minister of Railways Sadanand Gowda: “IRCTC is expanding the scope of online booking for people to book additional services.

“The need of the hour is to bring in a total change in the work culture and delivery of railway services by investing in large-scale integrated computerisation of major functions of Indian Railways.”

World Travel Market, Senior Director, Simon Press said: “India’s railway network is one of the best ways to travel around the country and with online booking easily available, more international visitors will be experiencing it for themselves.”

Euromonitor International, Head of Travel and Tourism, Caroline Bremner added: “India looks set to overtake Brazil as the second largest BRICS economy by 2018 and its new government has identified rail as an important factor in making tourism a vital component of its overall growth”.