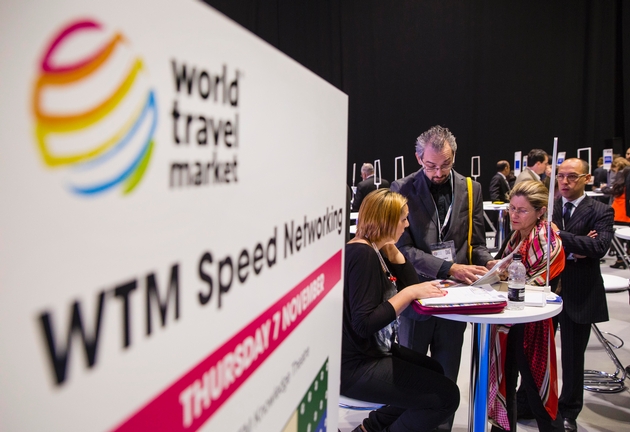 World Travel Market, the leading global event for the travel industry, is calling on its WTM Buyers’ Club members to register for the hugely popular WTM Speed Networking programme.

Speed Networking has proved incredibly successful since its introduction at WTM 2010. The programme now includes an event first-thing on the Monday morning to start negotiations at WTM, followed by an event on Thursday morning to help facilitate post-WTM business deals.

WTM Buyers’ Cub Manager Raj Thakkar urged buyers to sign up to the Speed Networking sessions. The email inviting registrations will be sent to all WTM Buyers’ Club members in August. WTM Buyers’ Club Members can register their interest in participating at www.wtmlondon.com/speednetworking.

“The WTM Speed Networking sessions are vital in helping buyers and exhibitors conduct business negotiations and sign contracts,” he said.

“Due to this the sessions are over-subscribed every year so buyers should apply immediately to avoid disappointment,” he said.

Reed Travel Exhibitions, Senior Director World Travel Market, Simon Press said: “WTM Speed Networking has been a great success since it was introduced in 2010. Both exhibitors and WTM Buyers’ Club members have really embraced the concept of quick initial business meetings to discover if there is an opportunity for further detailed discussions.

“World Travel Market’s purpose is to facilitate business deals between exhibitors and buyers and the WTM Speed Networking programme can only lead to WTM generating even more industry deals.”