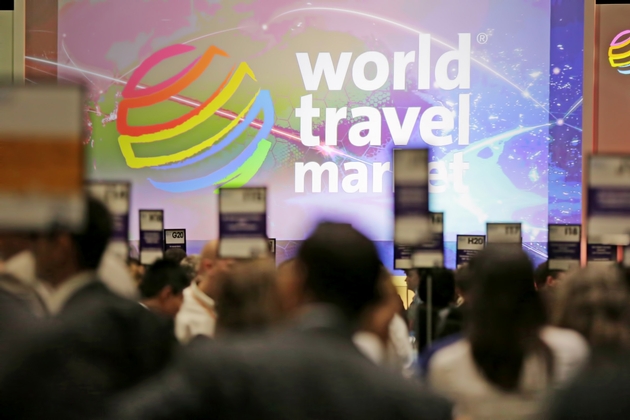 Visitors to World Travel Market, the leading global event for the travel industry, got down to business from the start of the first day, with key new business contacts being made at the WTM Speed Networking event.

Members of the World Travel Market Buyers’ Club met a wide range of exhibitors during the hour-long speed networking session.

It started at 9am but some were so keen that they arrived early, and many stayed on afterwards to continue meeting new contacts.

The five-minute appointments enabled buyers to meet exhibitors and arrange to meet them for further negotiations over the course of WTM, the four day event.

Paul Cowley, Operations Director, The Travel Rep Ltd, on behalf of Enable Holidays, said: “I have done all four years of speed networking now and this is the best.

“I have about 60 business cards and six of them will be extremely useful and interesting.”

Sylvie Golder, Director, The Travel Company, added: “This is the best event ever. It is well organised and you meet people that you cannot meet otherwise.”

The event also welcomed ministers from around the world, as well as a host of business leaders, academics and celebrities from sport, music and fashion.

In his keynote speech at WTM, the UK Secretary of State for Culture, Media and Sport Sajid Javid said a strategic review would be carried out “to find out what’s needed to punch above our weight in the travel business sector”.

Referring to the UK successfully hosting global events such as WTM, G8 and the Olympics, he asked: “Why can’t we be the number one destination for business conferences? We have some of the best event organisers in the world but they are spending too much time putting on events on overseas.”

“Retail royalty” Justin King CBE – the former Chief Executive of Sainsbury’s – spoke to a packed room of senior industry delegates at the Captains of Industry event to share his experiences of turning around the supermarket giant.

He also warned that any UK referendum on European Union membership would cause huge uncertainty – which is bad for business.

King talked about ensuring companies have core values, so that problems such as those seen at rival supermarket giant Tesco could not arise, and how important it is that businesses pay taxes.

Egypt has returned to “pyramid selling”, with the country’s tourism minister unveiling a new promotional campaign highlighting cultural attractions, temples and the legacy of the pharaohs.

“People tend to forget our USP – the pyramids and the Nile,” said Hisham Zaazou, tourism minister, unveiling the ‘Live the Magic’ campaign at WTM.

“Egypt is not only the sun and the sea. We have culture, trekking, opera, safaris, cruising and conferences – and the pharaohs and the incomparable Luxor and Aswan.”

Visitor numbers from the UK to Spain are close to recovering to pre-crisis levels, with gastro-tourism a driving force in the recovery.

Spain’s Minister of Industry, Energy and Tourism, Jose Manuel Soria, told WTM that the number of British tourists to Spain this year is likely to reach 15 million.

“This is still short of our peak in 2007 when it was close to 16 million, but certainly the best performance for four or five years,” he said.

Gastronomy is one of the “key tourism assets” of Spain, he said, with food and cuisine projected as a factor in 1.5 million visits this year.

GNTO Secretary-General Panos Leivadas said: “2014 has been a year to remember and we believe that 2015 is going to be an equally positive year – a year of further development and growth. The last two years were marked by creativity and positive performance.”

The Caribbean Tourism Organisation is “cautiously optimistic” that travel to the region will grow by 4-5% next year.

At the launch of the CTO UK and European Travel Industry Trends and Insight Report 2014, the tourism body said it was encouraged that 20% of UK customers are planning to spend more on their holidays in 2015.

That, coupled with changes to Air Passenger Duty next year when the Caribbean will come under the lower band B rate instead of the higher band C rate, should help the CTO achieve its growth forecast.

Supermodel Petra Nemcova was at WTM to talk about her Happy Hearts Fund, which is on track to exceed its target of building 100 schools by the end of 2014, in areas hit by natural disasters.

The fund’s schools are providing an education for nearly 50,000 children in eight countries.

Nemcova was awarded World Tourism Humanitarian Award on the opening day of WTM for her “inspiring philanthropic initiative and vision”.

She said: “Natural disasters get a lot of attention when they happen, but inevitably the first responders leave after six to nine months and the people are left to cope for themselves. This is where we can make a real difference, when the initial attention has disappeared and when the help is still needed.”

Air travellers of the future could be saying “Beam me up” as teleporting, hypersonic flights and other Star Trek fantasies become the norm, a tourism expert predicted at WTM.

Professor Ian Yeoman, a travel and tourism ‘futurologist, said many things that had appeared as science fiction in shows such as Star Trek had a habit of becoming possible.

Technology originally featured in Star Trek was now in common use such as replicators – now 3D printers – and Dr McCoy’s medical scanner, more commonly known as an MRI scanner.

Hypersonic flights, which could be as close as 20-25 years away, would drastically cut long-haul flying times.

Antigua’s tourism minister confirmed the country is in talks with TUI over potential flights to the destination.

TUI has previously said it would be keen to use the Dreamliner to serve its Caribbean cruise programme.

Minister of Tourism, Economic Development and Energy Asot Michael said a discussion had taken place with TUI just before WTM but that as yet there was no announcement to be made.

Meanwhile, British Airways is adding an extra flight to the island from summer 2015, bringing its frequency to seven a week.