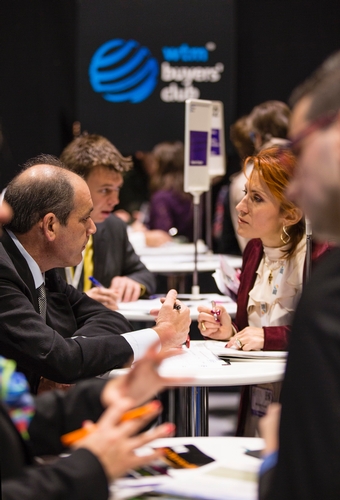 The fourth day of World Travel Market, the leading global event for the travel industry, attracts senior industry buyers with an annual purchasing responsibility of a massive £1.75 billion.

Furthermore, a significant percentage of buyers ONLY attend World Travel Market on a Thursday – these buyers have an annual purchasing responsibility of almost half a billion pounds (£480,554,809), reveals analysis of the WTM 2013 attendance records.

The Thursday WTM Speed Networking event attracted almost 100 buyers from a range of leading travel companies including JacTravel and Secret Escapes. These buyers negotiated business deals with more than 379 exhibitors.

Overall, WTM 2013 will be responsible or a massive £2.2 billion in industry deals.

These visitors are from some of the largest and leadings travel companies in the world including; Thomas Cook, TUI, Cosmos Holidays and Kuoni.

While, visitors from cruise lines include Carnival, Hurtigurten and MSC attended the fourth day.

The Global Distribution Systems are represented by executives from Travelport, while other major technology companies in attendance included Google.

The world-famous London restaurant Claridge’s was also in attendance.

Major companies from outside the travel and tourism industry were in attendance to sign deals with exhibitors on the Thursday including; American Express, Ticketmaster, Barclays, Deloitte, The Financial Times and Visa Europe.

Furthermore, main stand holder personnel also increased by 4%, meaning in total there was more than 6,000 industry participants at WTM 2013 on the Thursday.

“A number of buyers only attend on the Thursday of WTM, so exhibitors need to make sure they are maximising the opportunities on offer – including the Thursday Speed Networking Programme .

“With the buyers attending WTM on Thursday having purchasing responsibility for £1.75 billion – and many only attending on the final day – it can only take one conversation to end WTM on a high.”