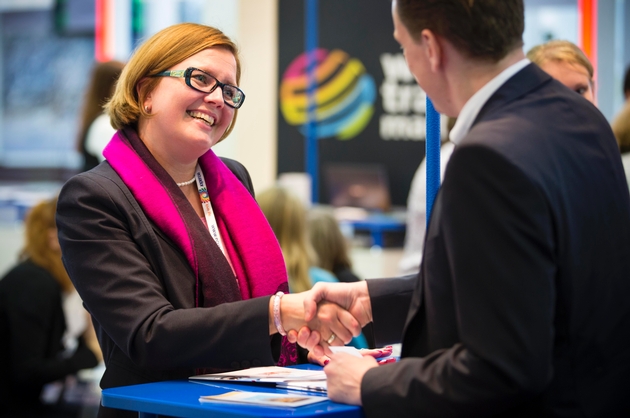 MyBookingRewards.com, a rewards programme which connects travel agents with suppliers, has expanded its business in to a number of new countries due to deals agreed at World Travel Market 2013.

Darren Pearson, founder and CEO, said the company has expanded its business in to Germany, Italy and the Caribbean alongside signing a number of deals in its traditional markets at WTM 2013, the leading global event for the travel industry.

“I have to say WTM 2013 was probably one of the most effective trade shows for business we’ve attended in a very long time,” Pearson said. “We entered the event with such a full ‘dance card’ of genuine appointments, and we are still reeling with follow up and closure of contracts.”

Pearson said the business had 24 major meetings during WTM, many of which ended up in a signed deal, with some relationships going live less than four weeks after the event. MyBookingRewards.com was specifically looking for suppliers – hotels, tourist boards, bedbanks and OTAs – interested in making their inventory available to travel agents, offering incentives such as gifts, points or cash upon booking.

Deals instigated, discussed and signed at WTM 2013 include Heritage Hotels and Veranda Hotels, luxury operators from Mauritius. The deals went live on December 1, representing a very quick turnaround for both parties.

Another supplier who signed up with MyBookingsRewards.com at WTM13 – Jaz Hotels Resorts & Cruises – also went live within weeks of the initial meeting taking place.

Pearson also confirmed MyBookingRewards.com has extended its reach into the Caribbean by adding more tourist boards from the Bahamas to its existing line-up. WTM was also the ideal time for MyBookingRewards.com to launch its partnership with Tobago to the travel industry.

While its focus for WTM was the suppliers, Pearson also said that suppliers would soon have German travel agents bookings their inventory as a result of a deal signed at WTM with a German and Italian travel agency consortium. “This is good news for our Asian suppliers in particular because this group of agents have a lot of clients interested in that region,” he added.

Furthermore, Pearson added the biggest deal so far from WTM 2013 would be confirmed shortly, and would see 24 regional tourist boards link up with the site as part of a single deal.

Pearson concluded: “There was an appetite for getting deals done – suppliers were on a mission, which played into our hands.”

Reed Travel Exhibitions, Senior Director, World Travel Market, Simon Press said: “WTM is the event where the travel industry conducts its business deals, as highlighted by the success of MyTravelRewards.com. It is great to hear of so many deals signed at WTM 2013 and see how attending WTM helps to expand businesses within the industry.

“Overall, WTM 2013 will facilitate more than £2 billion of industry deals – which is a record for all of the past 34 WTMs.”