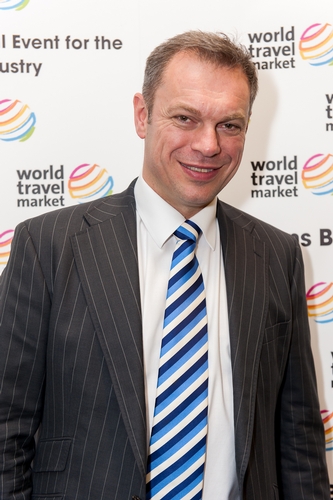 Specialist ticketing company Encore Tickets is expecting to agree a whopping £5 million worth of new business deals generated from negotiations at World Travel Market 2013, the leading global event for the travel industry.

“We have three new accounts to conclude, estimated be worth at least £400k each,” he added, revealing that they are with an airline, an online travel agency, and a retail partner.

Having attended WTM since 1987, Wales sees the event as an essential part of the travel trade calendar – and feels that WTM 2013 was “much better” than the past couple of years, thanks to brighter economic forecasts and the legacy of the London Olympics.

Furthermore, he feels the constant positive Royal Family-related PR generated from the marriage of the Duke and Duchess of Cambridge, the Queen’s Jubilee and the birth of Prince George has put London and the UK at the forefront of the minds of global tourists.

“The quality of buyers was very good and generally buyers were very bullish about 2014 business prospects,” Wales said.

“We planned appointments in advance with overseas clients and prospects – these went very well and our scheduled appointments with the sales team ensured that contracts were renewed, business developed or new clients signed.”

Encore Tickets took a team of 12 to WTM 2013, which generated more than 100 business leads, added Wales.

As well as the sales successes, and the chance to contract new products, the event provided a great platform for PR.

Press releases were sent out in advance of WTM, highlighting the re-launch of the company’s trade website – MyEncore.co.uk – and other activities planned by Encore Tickets for the event.

Furthermore, 600 people attended Encore Tickets’ WTM party at The Café de Paris, with the cast of The Bodyguard and The Commitments “raising the roof with live performances” after they finished their shows in London’s West End.

Reed Travel Exhibitions, Senior Director, World Travel Market, Simon Press said: “It’s great to hear such a success story from WTM 2013, and it echoes the sentiments we are hearing from across our range of exhibitors.

“WTM 2013 will generate more than £2bn in business deals for those attending, which would be a record for WTM.