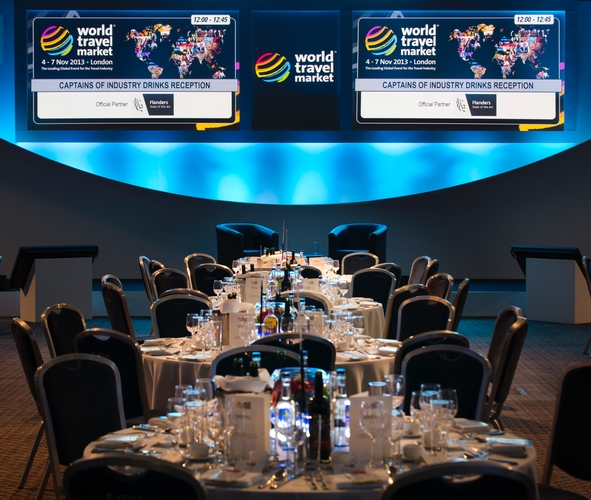 World Travel Market 2014, the leading global event for the travel industry, will be opened by retailing royalty Justin King CBE, former CEO of J Sainsbury’s and one of the UK leading business leaders.

King, who recently stepped down as CEO at Sainsbury’s after at ten year stint, oversaw an increase in transactions from 10 million to 24 million a week, and annual sales growth from 10.3 billion in 2004 to 26.4 billion for the 12 months to March 2014.

Previously, King worked as Director of Food at Marks and Spencer and held senior positions at Asda. He was also involved in the introduction of Häagen-Dazs ice cream to the UK and has worked for Pepsi-Cola International and Mars.

BBC presenter Stephen Sackur will interview King about his career in business, which will offer the senior travel industry audience inspiration and practical advice as to how they can run their own businesses.

King joined PepsiCo from 1989 being based in the Middle East, then moved to Grand Metropolitan as managing director in 1990, where he launched Häagen-Dazs ice-cream in the UK.

King went on to be appointed Commander of the Order of the British Empire (CBE) in the Queen Elizabeth II’s 2011 Birthday Honours List, for services to the retail industry.

In 2013, King was named Most Admired Business Leader by Management Today as well as Britain’s Most Impressive Businessman in the IPSOS-MORI Captains of Industry Report.

King announced in January this year that he would be leaving his post as CEO at Sainsbury’s in July, with the company’s Group Commercial Director Mike Coupe being announced as his successor.

King continues with his role as non-executive director of Staples and as a self-proclaimed petrol head, he is supporting his racing driver son, Jordan King who, currently competing in Formula Three.

“Such a successful and well-known businessman, King is the perfect high profile speaker to open this year’s event as WTM looks forward to celebrating 35 years of doing business, looking at the past, present and future.

“King will inspire the travel industry leader audience and kick off the four days of business deal negotiations between exhibitors and WTM Buyers’ Club members.”