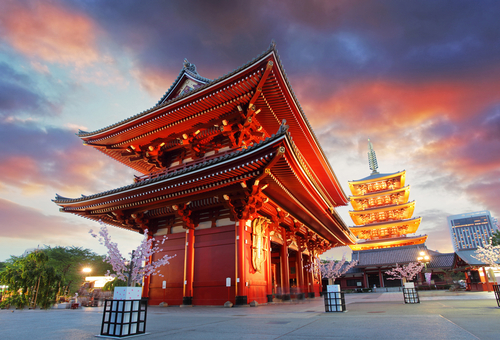 Strong recovery in demand from international markets: After a sharp drop in arrivals in 2011, inbound tourism recovered surprisingly quickly and Tokyo has since enjoyed strong double-digit annual growth, driven by the weaker yen and increased flight capacity.

Growth of Southeast Asian markets: Boosted by the easing of visa restrictions, Southeast Asian countries will become increasingly important to inbound travel in Japan. Arrivals from Thailand are expected to increase by 113% between 2013 and 2018, followed by Malaysia and Indonesia, with 133% and 105% respectively.

Domestic tourism bounces back strongly: Domestic tourism has performed even better than international markets since 2011, benefiting from a change in mindset among Japanese – notably a desire for increased leisure time, including travel.

Leisure gains on business: The growth in leisure travel demand has been much stronger than for business trips, which declined to less than 40% of total trips, down from 57% in 2009.

Olympics spur public and private sector investment: Foreign investment interest in developing hotels and other tourism attractions appears to have soared since Tokyo won its bid to host the 2020 Olympics.

Threats remain on the horizon: Despite the otherwise positive outlook, continuing fears over long-term nuclear fall-out from Fukushima could pose a threat to growth, as could the ongoing territorial tensions between Japan and China and the weakening economy.