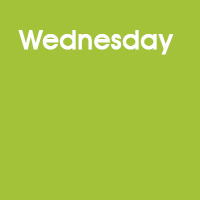 This month I attended the launch of a campaign to support African countries reeling from the Ebola crisis. The campaign was called #Unite4WestAfrica. Everything I heard left its mark. It showed how tourism can make a difference.

This was a campaign developed from the ground up. Not well meaning foreigners telling the people of West Africa what they should do. Almost all of the press conference was presented by Africans from either the three severely affected countries, or their immediate neighbours. Only at the end did the representatives of the travel companies add their comments.

This was a campaign that was transparent about who it was giving money to. The first 50% of all donations received is for Medecins Sans Frontiers. A further 40% will go to grassroots organisations on the ground: in Liberia, Monrovia Kriterion & Project Kids Engagement; in Sierra Leone, Street Child & Welt Hunger Hilfe; and in Guinea, Antenna Tinkisso. The final 10% is being reserved to support efforts, on an ad-hoc basis, carried out either by the above organisations, or to another grassroots organisation that is in need.

This was a campaign rooted in a desire to challenge negative perceptions of the region. It was terrible to hear how countries all across the continent were suffering as a result of people cancelling their trips. To learn how the same wildlife that is being protected by hard working safari companies across Africa is now suffering from increased poaching. And to be told that this can be directly related to the drop off in tourism that results from people seeing Africa as one place and thus cancelling their trips for fear of a disease affecting a country many thousands of miles away from where they were going. About half of the more than 500 safari operators surveyed by SafariBookings in late September reported declines in bookings of 20 to 70 percent. Tanzania’s hotels have reported a 30 percent drop in business, while 2015 bookings have plummeted 50 percent.

This is very clearly a campaign that the tourism industry can and should support – even if it doesn’t have a number one song. At the same time, if you want to spend some money on a song in support of Africa’s efforts to combat Ebola, there is a great one out there, and the world of social media is giving it such an almighty push that it is currently at number 78 on the Itunes download chart.

Africa Stop Ebola was written by genuinely superstar musicians – the likes of Salif Keita, Amadou and Mariam, Mory Kante and Oumou Sangare. All these singers come from countries in West Africa. The lyrics are grounded in practical experience and need, advising local people to trust the doctors. And as with #Unite4westafrica they are totally transparent in declaring that all profits from selling the song go to Medecin Sans Frontiers. It would make a great Xmas number one.

The tourism campaign has a longer legacy. We were told in the conference how Bradt had been about to publish guides to two of the worst affected countries before the crisis hit. All these countries had an enormous potential to benefit from tourism, and now they will struggle to break the stigma of Ebola long after the actual medical crisis has been averted. This is where tourism can play such a strong role.

Our industry is based on the images of beauty and excitement that we use to promote the destinations people visit. We can make sure there is a positive image or story from key destinations in West Africa on our homepage or high profile in our brochures. When arranging meetings for conferences next year we can take an hour or two to make contact with possible partners in the region. When someone comes into our travel agent asking about an African holiday, we can make sure our team’s answers counter stereotypes and support those countries struggling the most. We can join Dragoman, Intrepid, G Adventures, TribeWanted, African Travel Association and more than 20 other companies in pledging our support for #Unite4WestAfrica.

To make such a blatant call to support the promotion of tourism in the name of responsibility sometimes gets called greenwash. In this case, I’d say it is exactly what those of us who care about the role of responsible tourism should be doing. So forgive me for asking, but please share this post if you agree.