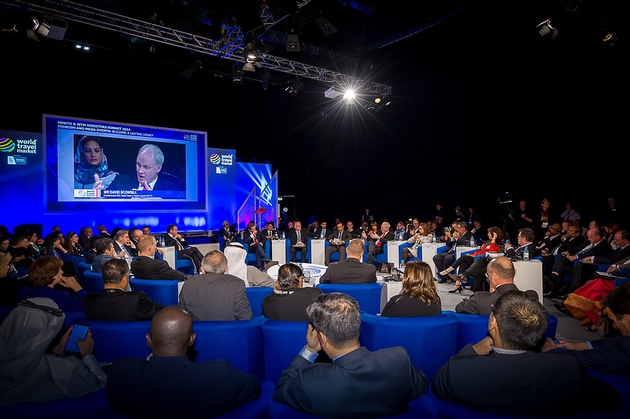 Participants at the UNWTO & WTM Ministers’ Summit stressed that “immense synergies” between mega-events and tourism should be used to generate long-time benefits for the destination and its people.

Opening the Summit, UNWTO Secretary-General, Taleb Rifai, said “Destinations need to consider infrastructure, investment and jobs, intangible benefits such as how the country is perceived and the most effective way to involve the community when looking at the legacy of mega-events.”

In terms of infrastructure, one benefit of Brazil’s hosting of the FIFA World Cup 2014 was that its airports are now privatized. Brazil’s Vice-Minister of Tourism, Vinícius Lemmertz, said: “The World Cup set the agenda for public-private cooperation.”

The positive employment legacy of London 2012 was mentioned by VisitBritain Chairman Christopher Rodrigues while China National Tourism Administration, Vice Chairman Jiang Du highlighted the role of volunteers “We were able to engage students, young people, people who had retired. Volunteer work is now routine across all our mega-events.”

Intangible benefits are less obvious, but equally important, said Mr. Rifai. His views were supported by the South Africa Minister of Tourism, Derek Hanekon. “We hosted the Rugby World Cup in 1995 on the back of nothing, he said, “and it showed the world our capability,” he said.

During the panel discussion, moderated by CNN International’s Max Foster, a number of other points were raised. While mega-event discussions tend to concentrate around sports, Saudi Arabia Vice President for Marketing & Programs, Saudi Commission for Tourism and Antiquities, Hamad A. Al-Sheikh, pointed out that the yearly Hajj pilgrimage, which can attract three million people over five days, “is the biggest and oldest event in the world.”

At the other end, Tunisia is seeing the benefits from helping smaller events to become financially sustainable. Tunisia Minister of Tourism, Amel Karboul, said “There needs to be a new definition of mega,” she suggested. “Even if you have three people turn up to a festival you can still get five million people talking about it on social media.”

Isabel Borrego, Secretary of State for Tourism, Spain stressed that when bidding to host a mega event “it is fundamental to evaluate properly its impacts and sustainability”.

David Scowsill, President and CEO, World Travel & Tourism Council (WTTC), called for the engagement of the private sector in the early stages of the preparation of any mega-event bid and Adolfo Mesquita Nunes, Secretary of State for Tourism, Portugal, stressed that tourism administrations need to be “involved from the beginning in any hosting of mega-events” but remain cautious that the decision of bidding to host such events must be totally “in line with the main objectives of a country”.

The Chairman of the Qatar Tourism Authority, Issa Mohammed Al Mohannadi, stressed that the infrastructure development for the forthcoming Football World Cup is being planned according to its future use.

World Travel Market Senior Director Simon Press said: “This is the eighth time WTM and UNWTO has hosted the Ministers’ Summit and every year we are able to provide ministers and delegates with a forum to discuss the big issues impacting the global tourism business.

“Mega-events and tourism go hand in hand, but as we heard today, the learnings from mega-events can also help destinations to make the most of smaller events.” Mr. Rifai added: “The debate covered many areas we expected, but also brought up some new insights and experiences which we are delighted to bring into the conversation.

Participating in the summit were also Hiromi Tagawa, Chairman of Japan Association of Travel Agents (JATA), Alan Gilpin, Head of the Rugby World Cup at the International Rugby Board (IRB), and Thomas Waldner from the Donauinselfest in Austria.