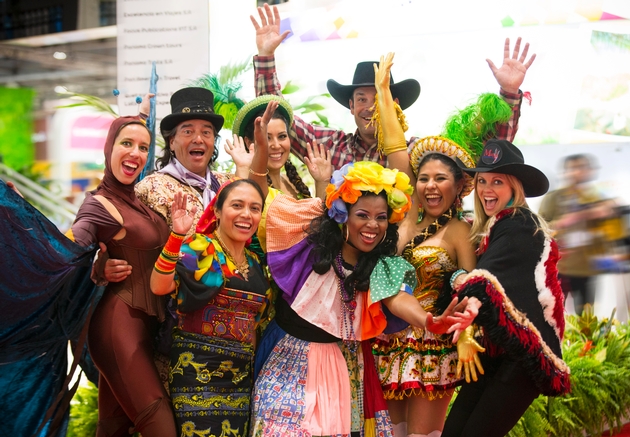 World Travel Market 2014, the leading global event for the travel industry, experienced an impressive 4% increase in attendees with the event opening its doors to almost 52,000 delegates over the four days (Monday 3 – Thursday 6 November).

The delegate increase makes it the largest trade-only WTM event and is the fifth consecutive year of growth.

All visitor groups experienced growth, according to unaudited figures, WTM Buyers’ Club delegates are up 7% to 9,116. This increase in senior buyers at WTM 2014 will see the event facilitate around £2.5 billion in industry deals.

The Monday of WTM is an exhibitor invite-only day with the aim of allowing exhibitors to hold discussions and negotiations with those buyers that they want to conduct business with.

The first day (Monday 3 November) of WTM 2014 was a resounding success with invite-only visitor attendance up 9% on last year’s event to almost 9,692.

Tuesday 5 November saw 19,706 visitors come to WTM, a massive 8% increase on the second day of last year’s event. Tuesday is the busiest day of WTM as it is the first day the event is open to the whole industry following on from the exhibitor-invite only policy on the Monday.

The final day of WTM 2014 was on par with 2013. The Thursday WTM Speed Networking for buyers took place for the third year running to facilitate post-WTM business deals. Furthermore, WTM Bloggers Speed Networking was successfully introduced alongside WTM Destination TV Showcase, which allowed exhibitors to network with TV producers.

World Travel Market, Senior Director, Simon Press said: “I am absolutely delighted with the delegate attendance at WTM 2014, which is a record for a trade-only WTM. These figures demonstrate the power and importance of WTM to the industry and the role it plays in facilitating business for the sector.”

“World Travel Market 2013 generated £2.2 billion in travel industry contracts between exhibitors and senior buyers from the WTM Buyers’ Club, with WTM 2014 looking set to be responsible for around £2.5 billion.

“For World Travel Market to welcome almost 52,000 senior industry delegates is a great way to celebrate the 35th WTM.”

World Travel Market’s attendance figures will be audited by Audit Bureau of Circulation (ABC) in the New Year.