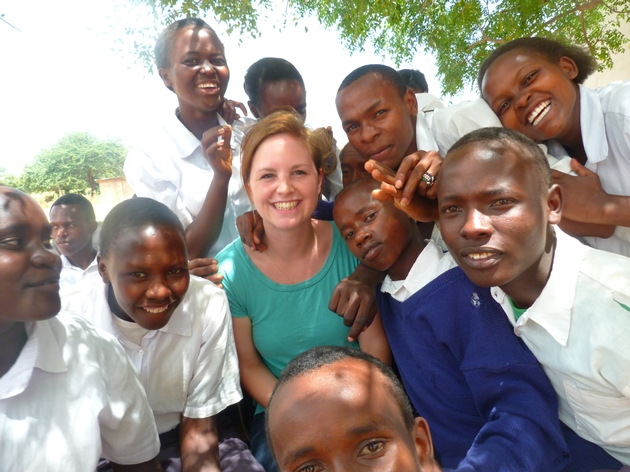 Visiting Kenya for the first time with Just a Drop has been an overwhelming and touching experience. From having little children running up to me giggling and wanting to play, to teenage girls amazed by my red hair and a couple of young boys who all wanted to become photographers after I showed them how to use my camera.

It was evident from the moment we all pulled into the schools that thanks to funding from WTM and the support of the Africa Sand Dam Foundation (ASDF) – Just a Drop’s local partner – Just a Drop has had a dramatic impact on the lives of the children and wider community.

The rainwater harvesting system – chosen as the best engineering solution for both the primary and secondary school – was constructed by the parents with guidance given by the head teachers and ASDF. This meant that not only will the new water source enable the children to focus on their education and the parents on growing crops and making a living, but they will also feel ownership of it; it is theirs to benefit from and theirs to maintain.

This trip has not only made me realise that such simple solutions can have profound effects on people’s lives, but it has reinforced the reason why I wanted to work for Just a Drop in the first place.

16 year old Veronica (pictured below, second from the left) summed up her feelings well in a short poem:

I can now smile, I am at the top

(ii) I can now wash and grow a crop

A friend can scrub and still mop

What I pay for is just a mere soap

(iii) My love for you will never stop

Drop has made me walk up the slope

For now I have what I so longed for