Blunt force trauma is a medical term which describes an injury caused when an object hits or strikes a body. These days, social media has pretty much the same effect.

This week’s case in point is Brunei. More specifically, the call on social media for nine hotels owned by the state to be boycotted because of new anti-LGBT laws.

The laws call for the death penalty for adultery and male gay sex, prompting condemnation from governments worldwide.

But the sharpest reaction came from social media. Celebrities weighed in on Twitter, including Ellen DeGeneres and Billie Jean King, calling for people to “rise up” and boycott the high-profile hotels which include The Beverly Hills Hotel, the Dorchester in London and Le Meurice in Paris.

The episode illustrated how social media has become such a blunt force. It goes something like this: a story breaks, abuse follows, company reacts (often too late to undo damage). Indeed, the hotels did become a focal point for abuse from those seeking to attack the Brunei regime.

What is intriguing in this case, however, is how quickly the hotels, collectively known as The Dorchester Collection, moved to mitigate against the negativity created.

This is a new development: story breaks and travel company reacts swiftly to prevent its platforms becoming swamped by abuse. The company also moved quickly to post a holding message on its website homepage, which attempts to distance itself from the row – “Our values are far removed from the politics of ownership”.

Softening the blunt force is something that travel companies are learning, in much the same way that it is developed crisis management plans in recent years. But it is the first time, to my knowledge, that a brand has taken such a decisive step by taking down its social accounts – as opposed to trying to use the platforms to fight back.

I would imagine the accounts have just been parked rather than deleted, and will return in due course when the heat dies down (a couple of weeks?). It will be interesting to see how The Collection returns to social. 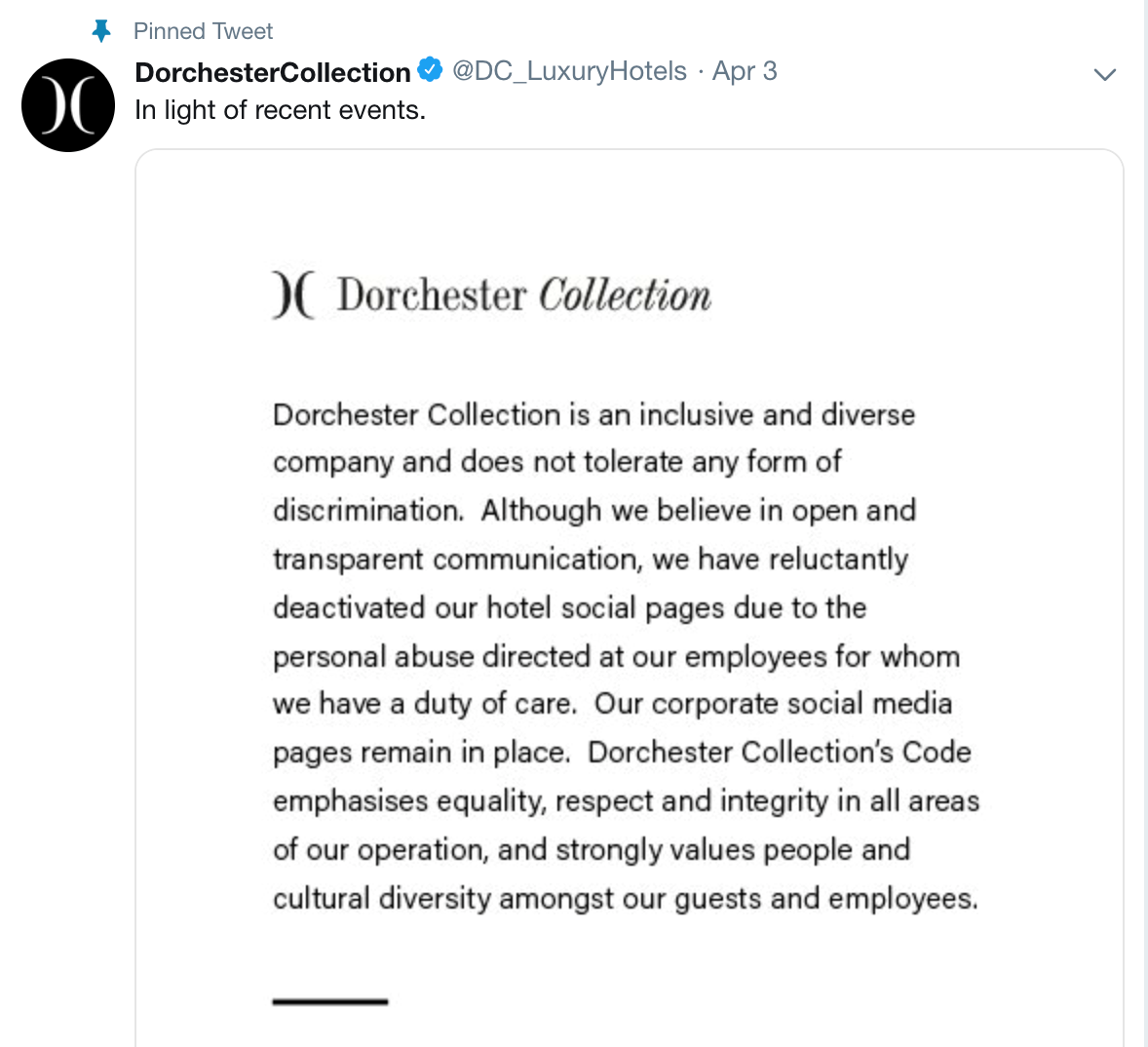