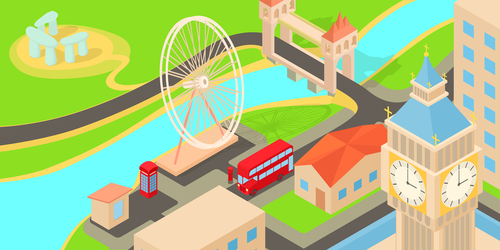 Visitors can discover the largest collection so far of Britain’s finest heritage attraction organisations all in one place at WTM London 2017.

For the fifth year in a row, many of the country’s finest heritage attractions will exhibit together on a shared stand.

The dedicated stand, Heritage is GREAT Britain, showcases over 850 visitor sites that receive a combined total of almost 35 million visitors each year.

They include attractions under the English Heritage umbrella, including Stonehenge, Hadrian’s Wall, Dover Castle, Tintagel Castle and Eltham Palace and Gardens.

Also on the stand are members of the Historic Royal Palaces group, including the Tower of London, Hampton Court Palace, Banqueting House, Kensington Palace, Kew Palace and Hillsborough Castle.

Visitors can find out about English Heritage’s largest conservation programme in the history of the collection of sites and monuments in its care.

This autumn sees the completion of improvements at Stonehenge making group visits smoother. They include a new group reception with extensive WC facilities and a groups-only shuttle pick up, allowing travel directly from the 52-space coach park to the Stone Circle.

Other major improvements include a new exhibition and café, transforming Framlingham Castle in Suffolk into a great destination for groups; St Augustine’s Abbey in Kent brought to life via a virtual reality tour; completed conservation work opening Queen Victoria’s Lower Terrace at Osborne and a new exhibition at Hailes Abbey in Gloucestershire, revealing the hidden stories behind what was once one of the country’s most important pilgrimage destinations.