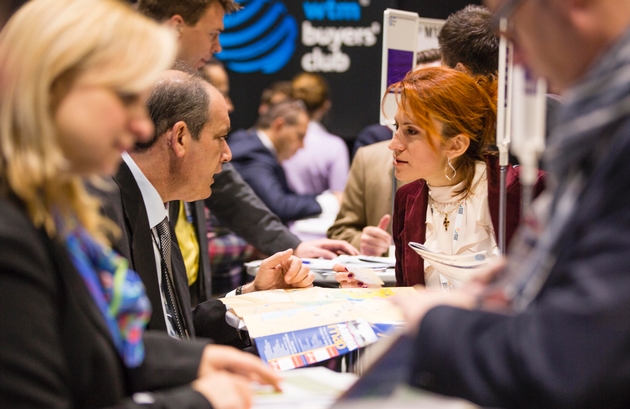 World Travel Market 2013, the leading global event for the travel industry, will generate a record £2.2 billion in travel and tourism industry deals – an impressive 19% increase on WTM 2012.

Independent research of World Travel Market’s exhibitors shows WTM 2013 will generate a massive £2,223,445,308 billion of deals, either through contracts signed at the event or from negotiations with WTM Buyers’ Club members, which will lead to deals signed before WTM 2014.

The increase in business generated by WTM 2013 can, in part, be accredited to the 8% increase in WTM Buyers’ Club members to more than 8,500 (8,544). Furthermore, there was an impressive 5% increase in overall trade visitors compared to 2012, with WTM overall welcoming more than 50,000 participants over the four days (Monday 4 – Thursday 7 November).

The WTM Buyers’ Club is the leading business network for travel buyers and WTM facilitates networking opportunities, including the hugely popular WTM Speed Networking sessions which match the right buyers to exhibitors.

Furthermore, the resounding success can also be accredited to the increased focus put on travel technology with the inaugural Travel Tech Show at WTM and the luxury sector with A Taste of ILTM at WTM.

The dedicated ‘show within a show’ concept of The Travel Technology Show at WTM saw an impressive 59 new exhibitors compared to WTM 2012, with more than 7,000 visitors attending the event interested in buying travel tech products. While, in total 10,000 of WTM’s visitors also experienced The Travel Tech Show at WTM.

WTM’s record business figure of £2.2 billion is further supported by announcements from a number of exhibitors highlighting the business they conducted due to WTM 2013.

World Travel Market, Senior Director, Simon Press said: “I am delighted with the amount of business conducted at World Travel Market, which increases each year. This success firmly positioning WTM as a must-attend exhibition for national and regional tourist boards, global brands, luxury and technology companies.

“The phenomenal increase in buyers and visitors, the WTM Speed Networking programme, the new The Travel Tech Show at WTM and the inaugural A Taste of ILTM at WTM all played very important roles in the success of WTM 2013, offering all stakeholders increased opportunities to meet new contacts, sign contracts and conclude deals.

“The amount of business conducted and the findings from the exhibitor research show WTM is delivering on its commitment to facilitate business in the travel and tourism industry.

Notes to Editors: The independent research was carried out by Fusion Communications