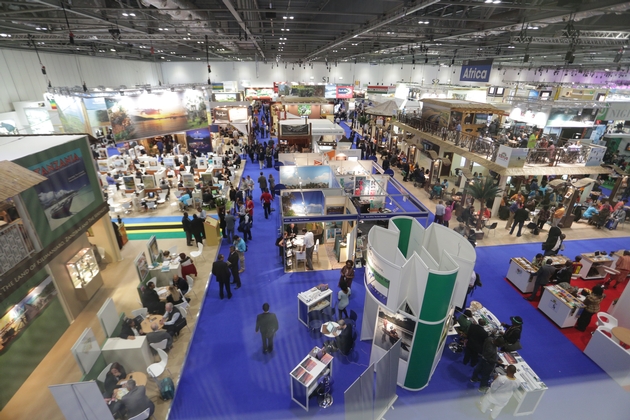 Almost half of the exhibition floor already booked up.

World Travel Market 2014, the leading global event for the travel industry, is poised to be the biggest and best yet with almost half of the exhibition floor space already reserved.

Several new exhibitors have already reserved stand space, and many returning standholders have increased their presence at World Travel Market.

WTM, Senior Director, Simon Press said: “The rate at which exhibition space is being booked suggests that WTM 2014 is poised to be even bigger and better than last year.

“The gathering recovery in the global economy and upbeat feedback from exhibitors at this early stage gives us confidence that 2014 could be yet another record year.”

New exhibitors for WTM 2014 – which takes place between Monday 3 to Thursday 6 November – come from across the globe and different market sectors, including Hanatour from South Korea and Greenlife Tours from Ireland.

Furthermore, Ajman – one of the seven emirates of the United Arab Emirates – will be making its WTM debut. While Macedonia will return to WTM after a three year absence.

Destinations expanding their exhibition space include Egypt – which has increased by a massive 22%.

The Europe and Mediterranean and UK & Ireland sections already have eight new exhibitors, compared to just one at the same stage in 2013.

Joining them will be Inova Hospitality, which represents luxury hotels and resorts in Greece and Spain, and Germany’s Miller Incoming.

“We are greatly heartened to see such enthusiasm from exhibitors so early on in 2014 – both from established exhibitors and newcomers, said Press.

“Their support demonstrates the importance of WTM to the industry and the role it plays in facilitating business. Exhibitors know WTM is a unique opportunity to do face-to-face business.”

Furthermore, The Travel Tech Show at WTM 2014 will be a whopping 20% bigger than 2013’s inaugural event, maintaining its position as the largest dedicated travel technology event in the UK.

The 2014 events programme is set to be even more popular, with an increased focus on mobile technology.