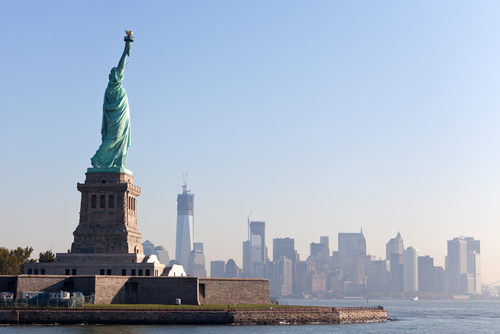 Keeping the momentum: After reaching its goal of attracting over 50 million tourists in 2012, New York City expects to boost arrivals to 55 million by 2015, thus maintaining its position as the number one destination in the US.

Emerging markets: New York City welcomed 11 million international tourists in 2012, thanks to its ability to capitalise on growing tourism demand from markets like Asia Pacific and Latin America.

Hotels beyond Manhattan: Travel accommodation supply continues to grow beyond Manhattan, and gain increased penetration in the surrounding boroughs of Queens, Brooklyn, the Bronx and Staten Island.

Airport system: All three major airports in New York City are still hampered by delays and maintenance challenges. Hence, enhanced infrastructure is necessary to maintain a functional national airport system and prepare to handle the additional volume of passengers expected by 2015.

United in the lead: Following its merger with Continental Airlines over the 2011 and 2012 period, United became the largest airline operating in New York City.

NYC for all: Travel and tourism in New York City is expected to continue to thrive prompted by its unquestioned popularity as a business and leisure destination in the US and abroad.

Geographic location
Located on the eastern seaboard and near Canada, NYC is a gateway for international tourists into the US. The city welcomed 11 million international visitors in 2012.

“Must see” destination
New York City has an unrivalled reputation on the global stage for its culture, shopping, dining and tourist attractions. It is a “must see” city for everyone.

Air transportation delays
As the largest market for air travel in the US, the three major airports that serve New York City suffer from congestion problems, which cause consistent flight delays.

Lengthy visa process
Obtaining a visa can be a long process for those who are not citizens of Visa Waiver Program countries, including those from some key source markets to NYC, for example Brazil.

New tourist segments
By targeting specific consumer segments, New York City is set to see robust growth in arrivals and further diversification of its consumer base in the years to come.

Brazilian tourists
As the second most important source market to NYC since 2012, Brazil offers opportunities for NYC to further enhance tourism flows and expenditure in the short term.

Oil prices
As oil prices continue to rise, the costs of auto and air travel continue to make a trip to New York City more costly, in a city that is already the highest in average prices.

Natural disasters
Natural disasters like Hurricane Sandy, which hit NYC in October 2012, could present a major threat to tourism, disrupting operations and reducing arrivals from time to time.