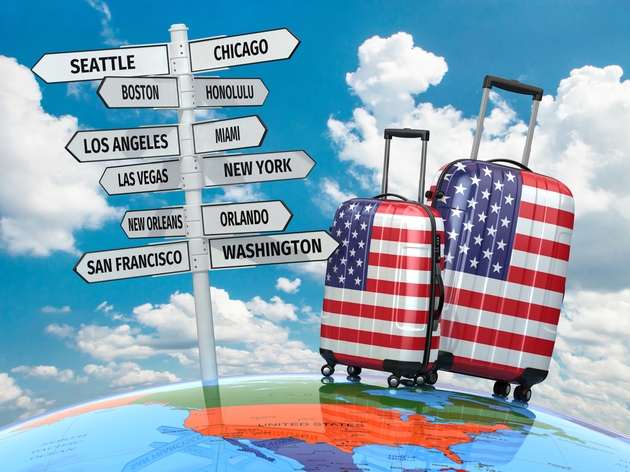 Roger Dow has won a prestigious WTM 2014 World Travel Leaders Award in recognition of his achievements over the past 10 years as CEO of US Travel, the private industry association set up to promote and encourage inbound travel to the United States.

Dow received the coveted award today. Collecting the award on his behalf was Vice President of Business Development and General Manager of IPW, Malcolm Smith and was presented by Travel Weekly US, International Advertising Director, Hazel Lyons at the WTM World Travel Leaders Awards.

The Awards give WTM’s Official Media Partners – which represent key travel industry media around the world – an excellent platform to congratulate and recognise those companies and individuals that have made substantial contributions to travel and tourism.

Three nominations from each of WTM’s media partners were judged in September by a panel of three, including an independent body, a representative of WTM and the relevant media partner.

When Dow joined US Travel 10 years ago, he encountered difficulty in securing meetings with senators and congressmen and began urging the industry to speak with one voice in order to increase its effectiveness.

Since then, US Travel helped create the US’ first tourist board, Brand USA, which launched at WTM in 2001; persuaded the State Department to reform the lengthy visa process for visitors to the US and, through skilful presentation of research and the benefits of the industry, the organisation was instrumental in getting President Obama to declare travel and tourism to be a national “strategic priority” due to its growing of import revenues and job creation.

Reed Travel Exhibitions, Senior Director, World Travel Market, Simon Press said: “Roger has touched across all segments of the industry and now has the corridors of Capital Hill listening to him on travel industry matters. Through his determination, Roger has changed the face of US Travel to become a uniting political voice of the industry.”