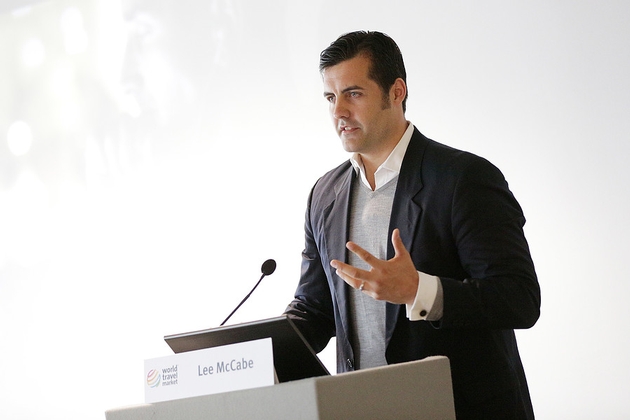 Day Two of the Travel Technology Show at WTM was all about devices – mobile and wearable, content and using data to personalise services to travellers.

Facebook Head of Travel Lee McCabe kicked off the WTM Travel Perspective sessions with insights on the ‘Uberification’ of everything.

This is one of three trends currently shaping travel according to McCabe who pointed to entrants such as Uber and Lyft which are contributing to a service revolution using mobile.

McCabe also talked about how mobile now permeates everything we do and how it is moving faster than businesses and advertisers can keep up with.

“Mobile is not a technology, it is everything. It is a consumer behaviour.”

His third trend was mobile applications which he sees as a huge opportunity for the travel sector.

“If I was a travel company I would be rushing to develop the best app I can and then getting it installed on as much mobile real estate as I can.”

At the Mobile First session, organised by Genesys, the discussion revolved around wearables and how smart technology such as glasses and watches will soon be affordable for the masses. This means travel firms must synchronise their online presence acros several mobile platforms.

“You need to think of ‘device strategy’ rather than just ‘mobile strategy,” he told delegates. “Over time, wearables such as Google Glass will help you create real value.”

A session from Bill Hayward, BuzzFeed’s Vice President of advertising for Europe, drew a large crowd. He highlighted how travel is ideally positioned to create, share and foster engagement around content because people want to consume it.

Hayward went on to talk about the three stages of evolution of the internet. The first stage was all about portals followed by an explosion of content and the rise of Google and search engine optimisation and finally to the current stage – the social age.

He said it was all about creating content that gives people a reason to share with friends.

“Social is a layer that extends across the whole web. People are waking up and looking at Facebook and Twitter. The homepage does not matter any more so think about how you can get your stuff to people not people to see your stuff.”

Social media also came up during discussions around mega-events at the UNWTO & WTM Ministers’ Summit. Tunisia Minister of Tourism Amel Karboul told a gathering of the world’s tourism ministers about an electronic music festival – Dunes Electronique – which took place at the Nefta oasis on the edge of the Sahara in Tunisia.

“We expected 500 people to turn up and in the end it was 12,000. Pharrell Williams tweeted about it and we ended up with more than a million views on social media,” she said.

She also said that the destination was under threat from the encroaching Sahara desert. “So we set up a crowd funding initiative, and we raised enough money ($188,000) for work to take place to preserve the destination.”

Later sessions, also organised by Genesys,drew on the mobile and content themes and added Big Data to the mix.

“Big Data is the most ambiguous term ever but also the answer to all our problems,” he said.

Aita went on to provide some fast facts on big data such as that businesses using it are five times more likely to make decisions faster and that travellers are ‘data magnets’ leaving two to three times more data than the average person.

He concluded by pointing out how many of today’s business challenges such as changing consumer behaviour or, the need to stay ahead of competitors, can be turned into opportunities by using data to personalise and pre-empt needs.