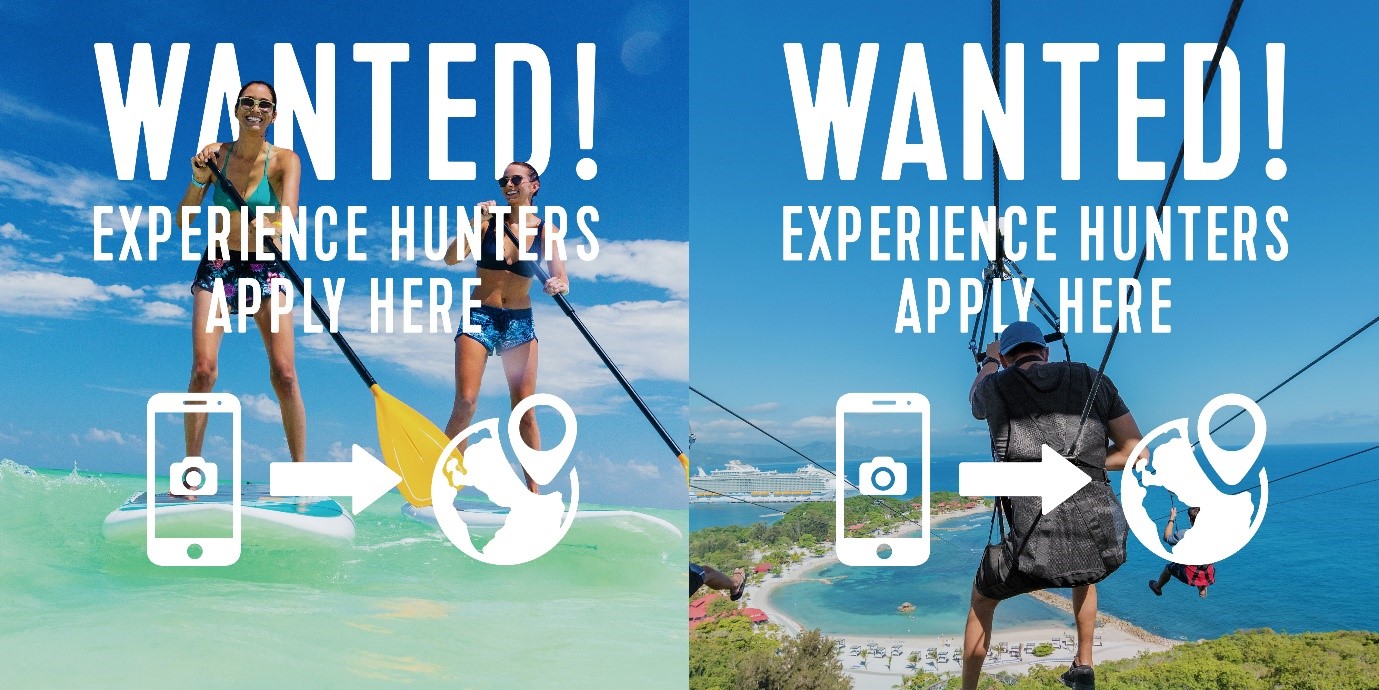 “Oh it was just something we used to do before AI and robots started doing everything for us, darling.”

“Oh I was a professional experience hunter and spent my life posting about it on Instagram, sweetie”

“It was a social network where people shared photos and videos with their followers. But that was before the Social Media Wars of 2026.”

That glimpse of the future may sound far-fetched but the reality is that a growing number of companies in the travel and tourism sector are employing people – young people – to spend their days posting on social media.

I have not made up the job of professional experience hunter – it is a genuine job which cruise line Royal Caribbean has recently been trying to fill, although the official title is Shore Explorer. The company received more than 34,000 applications for the post which involves testing on-land experiences offered to the company’s cruise guests and sharing them on Instagram on a daily basis. The role is in support of the cruise line’s Instagrammer-in-Chief– yes that is a real job too – Russ Francis. Francis won his role from a similar competition in 2016.

The successful candidate will be selected by an independent panel of judges consisting of Francis plus The Vamps’ writer & guitarist and contestant in I’m A Celebrity…Get Me Out of Here! 2018, James McVey, Ben Bouldin, managing director Royal Caribbean International UK & Ireland and Nadia El Ferdaoussi, travel writer. You can see a video about the job here:

Lisbon, Stavanger, Dubai, Osaka and Royal Caribbean‘s new private island in the Caribbean. They will be paid £6,000 upon its completion, the equivalent of an annual salary of £104,000. The candidate will also get economy flights, hotel stays and transfers plus hotel gratuities, standard meals, non-alcoholic drinks, a Wi-Fi allowance, plus daily expenses of up to £50 per day.

In 2009, the British town of Darlington appointed a Twitterer in residence, which it claimed was a world first. Mike McTimoney, a teacher, then spent the next 16 months tweeting about news and events in Darlington from the Twitter account TheDarloBard. His appointment was part of a project called The Darlington Experiment 2.0. This was intended “to make Darlington the online social capital of the world” designed to “increase the positive perceptions of Darlington using social media sites”. McTimoney earned £140 a year for his efforts, according to The Guardian newspaper.

In 2010, London’s Savoy Hotel appointed actor and social media star Stephen Fry as its first blogger-in-residence following its £220 million refurbishment and was the first person through the doors after reopening.

The role of Instagrammer in residence has become popular of late.

The Los Angeles County Museum of Art appoint Guadalupe Rosales as its first in 2017. London’s Barbican Centre appointed several Instagrammers in 2018 and is doing so again this summer.

In a few years, we may no longer consider these roles as being particularly unusual. A look back at some of the job titles in the UK in 1881 shows many of these no longer exist (moleskin shaver anyone?) superseded as they have been by the march of technology. It is also interesting to look ahead to what the jobs of the future might be.

Still, in-house positions like Royal Caribbean’s professional experience hunter are still rather rare and, cynics might say, are only created for short periods to garner publicity. (Remember Travelodge’s director of sleep in 2006?)

Many more companies just use social media experts as and when they need them – hence the growth in influencer marketing.

With the process of writing itself coming under attack from artificial intelligence, perhaps it is time to hang up my pen and become an influencer recruitment consultant instead.