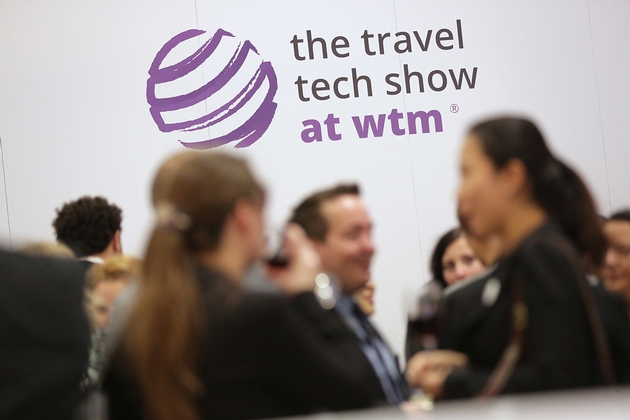 Much of the action centred on the WTM Travel Perspective sessions, hosted by the German National Tourist Board, where many gathered to gain insight and advice on how we might experience and share travel in the future.

Feefo sales and marketing director blasted the audience with the latest statistics on reviews. Three-quarters of people now expect to be able to leave a review and more than 80% of holiday shoppers say they are influenced by customer reviews.

“In the past, you had people leaving reviews that had a polar view, they were either delighted or really angry and they left them by letter, phone or email. Now,it’s so easy that people expect it.”

He went on to share that 49% say they won’t book a hotel unless it has reviews and 31% of diners avoid eating at a restaurant if it doesn’t have reviews.

Eames also stressed the importance of having a two-way conversation with customers who generally are happy to come back to a business which responded to reviews and deals with issues.

He rounded off the session with simple tips on how to gain trust with reviews – guarantee it’s from a genuine customer and don’t moderate them.

With some very specific goals targeting, engagement and disruption, Melia Hotels managed, over the 106-day pilot, to attract 4,495 new social guests, 3944 mentions and news stories from 435 different media in 41 countries. But perhaps more significantly, the hotel saw 1071 room nights booked for its Tweet Party Suite and a 55% increase in hotel bar revenue.

Some future gazing was the agenda of one session with concepts of live-streaming whatever we are doing back home to friends and family.

“We’re only seeing the beginning of this fantastic tech. They will really change the way we travel and how we share our travel moments.”

Privacy, safety and security issues around the technology, especially drones, with suggestions that legislation would have to catch up and may end up being heavy handed.

Take-homes from the panel, which also included experts from Mindshare and Devil Boy, advised travel companies to think about Gen Y and how they consume media, start using video if you are not already and to have one content marketing strategy involving all disciplines.

Elsewhere across WTM, four entrepreneurs showcased new apps during a session at the Travel Tech Theatre on the opportunities and challenges posed by the growth in mobile usage.

Hoping to ‘app’-eal to the audience was Gillian Morris, Founder of Hitlist, which allows users who are flexible on dates and destinations to build a shortlist of places they’d like to visit and be alerted when flight prices are cheapest.

Dan Fennessey came next with his Party With a Local app, which connects travellers looking for night on the town with local people.

He described it as “like (dating app) Tinder, but for nightlife”.

What Now Travel, set up by CEO Tony Sandler, is responsible for the What Now?! instant concierge service app. It is behind VisitLondon’s official London City Guide, and aims to get around data roaming problems created by simulating a ‘live’ experience enabling users to discover information offline.

Finally, entrepreneur Kevin O’Shaunnessey showcased CityHook, a mobile app that finds the best transport for a passenger arriving at a specific airport and allows them to book with one click.

In an earlier session, entitled Mobile Thought Leaders and Innovators, Alex Bainbridge, founder and CEO of TourCMS told the audience to expect many new entrants as a result of the increasing use of mobile technology.

“Everything is changing and it is coming from outside of the industry. Just as the web and social have changed the travel industry, so will mobile. We are going to find completely new businesses formed as a result of mobile,” he said.