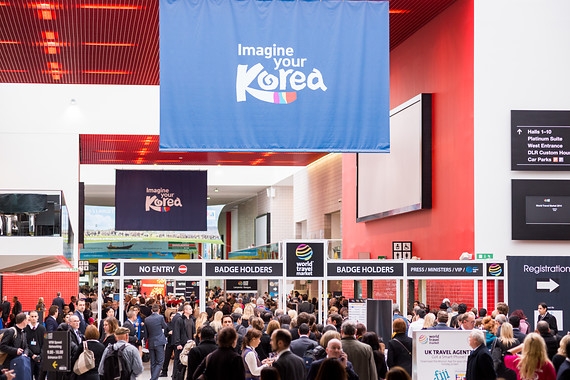 Overall delegate figures are up 5%, according to unaudited figure up to 1pm on Wednesday 5 November

The first two and a half days of World Travel Market 2014, the leading global event for the travel industry, experienced an impressive 7% increase in visitors, including buyers.

Monday, Tuesday and Wednesday up to 1pm on Wednesday of WTM 2014, saw percentage year-on-year increases for visitors, and overall participants, with all delegates including visitors, buyers, international media and exhibitor personal up 5%.

The first day (Monday 3 November) of WTM 2014 was a resounding success with invite-only visitor attendance up 9% on last year’s event to almost 9,692. This includes a 13% increase in invited WTM Buyers’ Club members.

The Monday of WTM is an exhibitor invite-only day to allow exhibitors to hold discussions and negotiations with those buyers that they want to conduct business with. Exhibitor personnel was up 3% to 12,289.

On Tuesday 4 November, 19,706 visitors came to WTM, a massive 8% increase on the second day of last year’s event. Tuesday is the busiest day of WTM as it is the first day the event is open to the whole industry following on from the exhibitor-invite only policy on the Monday. Furthermore, exhibitor personnel was up 5% to 12,640.

World Travel Market, Senior Director, Simon Press said: “I am absolutely delighted with the delegate attendance of WTM 2014 up to 1pm on Wednesday. These figures demonstrate the power and importance of WTM to the industry and the role it plays in facilitating business for sector.

“World Travel Market 2014 is predicted to facilitate around £2.5 billion in industry deals and is poised to the best-ever attended.”