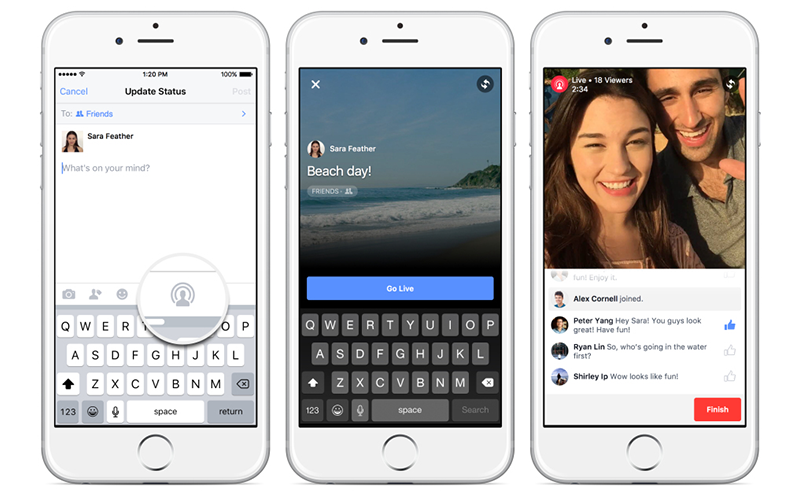 I can’t emphasise this enough – if you are not using video yet, you had better start soon.

Video’s rise has been stratospheric this year.

In its third quarter results in November, Facebook said its users were now watching 8 billion videos a day on the social network. It’s a lot but has to be tempered by understanding that a view is considered to be someone watching a video for three seconds or more. Facebook autoplays videos but you can often scroll past in less than three seconds. YouTube, meanwhile, doesn’t reveal its exact figure but says the number of daily views are in their billions; it adds that watch time has increased by 60% year on year.

All social networks seem to be banking on video. In November, messaging app Snapchat said that its users were watching six billion videos every day.

While existing clips are the mainstay of video on the social networks, there is an increasing focus on live streaming.

Twitter acquired streaming app Periscope in early 2015 and in August the company said it had amassed more than 10 million users, of which two million used the app every day.

Travel bloggers and airlines (see this video of our session at WTM 2015 when Turkish Airlines spoke about its use of the service) are among those who have been early adopters.

Facebook has this week revealed its own plans for streaming.

It is currently running a trial where users can click a live video button on their status update to share what they are doing.

Broadcasts can be public or shown to your friends only. During the broadcast, users see how many people are watching and you can also see live comments. All very similar to Periscope.

Unlike Periscope, which deletes videos after 24 hours, once streamed, Facebook streamed videos can be saved to your Timeline. Users are offered the option to subscribe so they do not miss out on future live video feeds.

You can see more in this video.

The ability to save videos is good news for travel and tourism marketers. It means that they can invest time in creating a video and then saving it for future use. Obvious use cases include live Q&As with staff members and local experts, live coverage of events such as festivals and parades taking place in your locality as well as personalised tours of hotels. In fact, there are so many potential use cases it’s hardly worth listing them.

As always, travel companies will argue that video is just one more thing for them to worry about. Yet with so many people spending so much of their time watching videos, how can you afford not to jump in the stream headfirst.