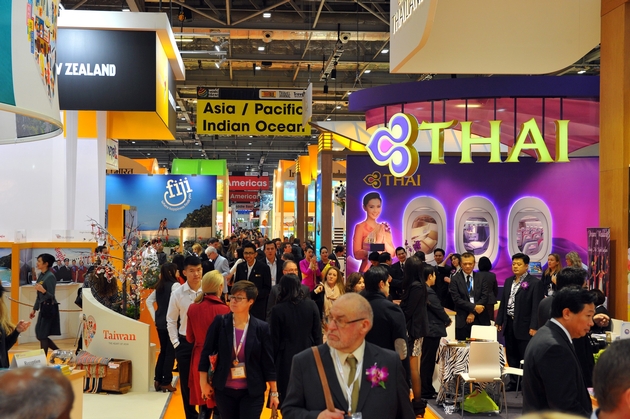 World Travel Market 2013, the leading global event for the travel industry, will generate more than £264 million for exhibitors from Asia/ Pacific/ Indian Ocean and the India regions.

Independent analysis, by Fusion Communications, of WTM 2013 reveals contracts signed at the event with WTM Buyers’ Club members or from further negotiations which will conclude before WTM 2014 will hit £264m. The figure is 4% higher than WTM 2012’s £253m in deals for the regions.

Asia Pacific is a region growing in importance as an inbound destination and source market. This was demonstrated by more than 20 new exhibitors in this region, including airlines Garuda and Royal Brunei, Pandaw River Expeditions from Cambodia and Silk Road specialist Sitara International, based in Uzbekistan.

Both regions were also strongly represented at the WTM Speed Networking events on the Monday and Thursday of WTM 2013. On the Monday exhibitors took advantage of the chance to meet contacts briefly before the event opened and arrange a more detailed discussion later. While on the Thursday exhibitors were able to tie up those last minute deals and meet buyers they hadn’t spoken to over the first three days of WTM.

Overall WTM 2013 will generate £2.2b of business for all exhibitors before WTM 2014 opens on 3 November.

World Travel Market, Senior Director, Simon Press said: “The amount of business WTM 2013 conducted for all our exhibitors from the Asia and India regions is phenomenal and a testament to WTM’s role in facilitating business on a truly global scale.”